Happy Makar Sankranti ! Let’s celebrate the day with a dip into the holy Ganges. With the prayer to forget all the bitterness and ill-feelings, I celebrate this day with my family in a religious way. May God bring peace on the auspicious occasion of Makarsankranti to one and all! 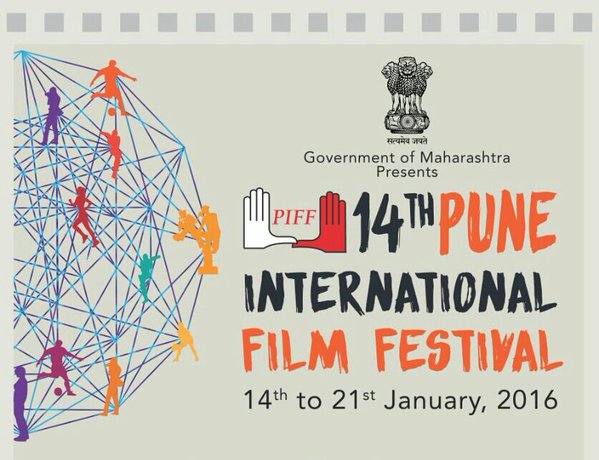 Let us celebrate cinema! My cultural integrity resulting into passion for film, and my involvement in festivals both make the Pune International Film Festival 2016 a perfect place for me to be. Insightful cinemas exhibited in this festival expose me to grater reality and I purely enjoy watching the classic movies from around the world!

The Enchanted Valley Carnival commonly known as EVC is a unique festival held in the December month of every year. It is the first-ever music festival in Asia with a fully-fledged campsite along with professional adventure sport and other distinct experiences. I am planning to experience the fun of this carnival this December as I like to spend my leisure time with nature.

Mumbai is a centre where many cultures co exist. It is a city of dreams, a city of Bollywood, a city of handsome actors and beautiful actresses. It is where people come to fulfill their long sought after dreams and desires. It is a sea of people travelling in local trains and eating Vada Pav by the roadsides.

But none of this beats the hot summers, cold winters and the refreshing rains. The monsoons are something every Mumbaikar wishes for until the moment they arrive. The rains bring much respite from the summer heat and humidity caused by the sea.

The rainy season is also an excellent time for the hawkers who sell umbrellas and rain coats by the road sides. The articles get sold out within minutes like hot cakes and the sellers make the best of the moment. It is also a very prosperous time for the roadside venders who sell tea, coffee and pakoras. Every person in Mumbai wishes for hot pakoras and tea after a shower.

Hawker who sell umbrellas by the road side in mumbai | Image Resource : rediff.com

Visions of people wearing rain coats and gumboots and making the most of their articles in the wardrobe meant for the rainy season can be seen. The local Maharastrian working women wear their saris up while they sell their wares like flowers etc. Even the college students are busy buying their stock of water proof make up.

The people who have to travel in the public trains however get the downers because the tracks are filled with water and by the time they reach their work destination their clothes are ruined. But even they take a breath of relief when it showers because they have to face the worst of the heat too and they clearly prefer the wet rains over the sweaty summers.

Children returning back from schools in the evening rush home expecting piping hot Maggi to be served. All sorts of delicacies meant for the rainy season like boiled ground nuts and steamed corn are enjoyed by the people here. The Mumbaikars enjoy the little pleasures of life fully during the season. 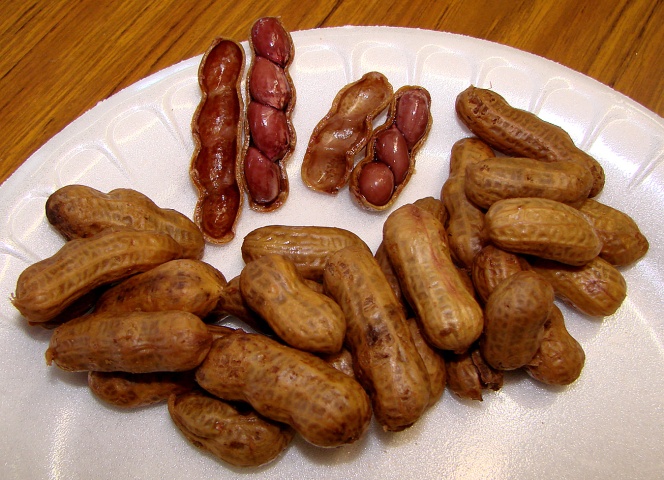 Theme Parks are everybody’s dream summer destination. Until now theme parks in India have been limited to a few mediocre rides but the upcoming Imagica Adlabs is promised to be the biggest, most thrilling amusement theme park in India. It is being advertised at the Desi – Disneyland complete with characters from the Bollywood and adaptations from the folktales of India. 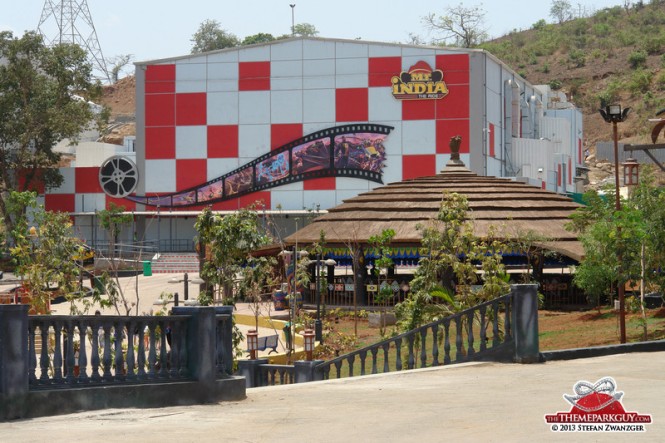 There are many specialties like the roller coaster food rider, where patrons are served food on a mini roller coaster. There is also a Mr. India ride where the villain from the movie greets the guests inside a tunnel. An added reason for thrill comes with the fact that Imagica Adlabs is home to the biggest roller coaster ride in India ever. Also there is a new ride which swings the riders back and forth while they are rotating.

There is a ride where the visitors are greeted by an archaeologist guide who leads them into a secret opening which has walls decorated by art which is local to India and statues of gods and goddesses which propel fire and water. Apart from the rides the dining table has a lot to offer to the visitors. There are restaurants which serve Mexican and American food amongst others.

There is something entertaining for every member of the family in Imagica Adlabs. Our visit was satisfactory but we couldn’t enjoy full since there were still some rides which were under construction when we visited. But new rides have opened up now and I look forward to visiting it again and having a wonderful time in both the water and the land rides. 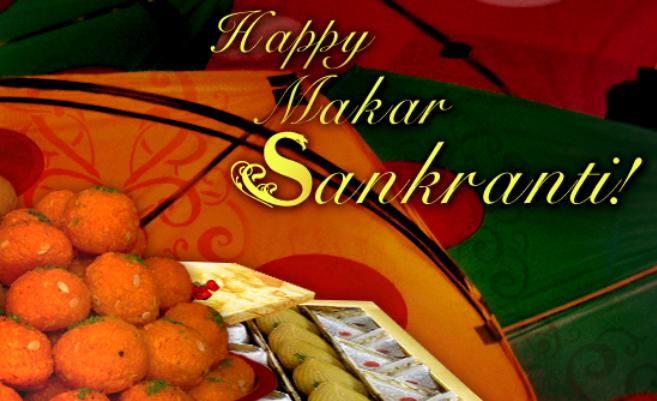 May this season harvest loads of love, peace and prosperity in your life. Sun is here to bless us. Let’s illuminate our world with goodness. I wish you a “Happy Makar Sankranti” .

We hardly see Marathi movies that set the bar for Indian cinema. There are only few Marathi films that could represent India. “Lokmanya – Ek Yug Purush” is one such movie.

‘Lokmanya – Ek Yug Purush’ is an intense historical drama with pre -independence backdrop. It is a movie based on the life of Lokmanya Tilak, the man responsible for fuelling the Indian Independence Movement. Like any other historical biopic, this movie doesn’t just glorify the protagonist i.e. Bal Gangadhar Tilak, but also actually shares with us his ideologies and struggles.

The movie begins in the present day, when a journalist finds an old audio of Tilak’s speech. Inspired by the speech, the journalist becomes curious to learn more about Lokmanya Tilak.

Lokmanya played an important role in the Indian freedom struggle. Through his activities, he let the Britishers know that we want nothing less than complete Independence. He also made it clear that we don’t want to be a part of their government or need pity reforms. His methods were extreme but effective.

Before Lokmanya, many great Indians stood against the Britishers, who include Rani Laxmibai, Tanya Tope, Tipu Sultan etc. Lokmanya Tilak didn’t want their sacrifices to go in vain. He wanted people to realise the value of freedom and believe that it is achievable.

The movie portrays Lokmanya as an intelligent man, Indian nationalist, journalist, teacher, social reformer, lawyer etc. He used every means he could to strengthen the process of Swarajya. Tilak started Kesari, private English schools and collaborated with Muslim leaders to promote unity.

This movie depicts Tilak’s journey from a regular Brahmin guy to one of the most powerful leaders in India. Subodh Bhave plays the role of Lokmanya Tilak, a courageous leader who was willing to die for independence and Swarajya. The movie effectively uses some of the most powerful quotes of Bal Gangadhar Tilak.

Popular Dialogues from the Movie :

The movie received an overwhelming response from all kinds of audience. People have been referring this movie to their friends. Even the Non-Marathi audiences are rushing to the theatres.

@omraut very very well made film. Extremely proud of you.The hardwork is so visible.u transported us to that era.Thank you for Dis effort!

Things You Didn’t Knew About this Movie :

“Makers of upcoming film ‘Lokmanya-Ek Yugpurush’, which is based on the life of social reformer and freedom fighter Bal Gangadhar Tilak, have spent an astounding Rs 1.3 cr on creating its visual effects.” – Article Resource

Gandhiji who had immense respect for Tilak proclaimed him as the “Maker of Modern India”. Tilak once said “Swaraj is my birthright and I shall have it”. The strong determination and influential personality of Lokmanya inspired Indians. This motive is an attempt to let the forgotten tales and ideologies of Lokmanya Bal Gangadhar Tilak reach the young generation of India.

“Lokmanya – Ek Yug Purush” is considered as a milestone for Indian cinema. Let’s end this post with the movie trailer.

The India Art Festival is an opportunity artists around India get to reveal their true creative skills. This year, it will be held between 27 November and 30 November. Last year, Kalpana Shah, Samir Mondal, Achala Sachdev and several other artists and creative minds graced this occasion. The suspense of 2014 India Art Festival will unravel soon.

The Mumbai city jumps into Zumba mood this summer when the internationally famous Zumba education specialist Sucheta Pal hosted an event for a huge section of dance enthusiastic of the city, on the 26th of July 2014.  The celebration was scheduled between 7:30 pm to 9:30 pm, which surely recharged the spirits of all the Bollywood admirers.

The internationally renowned ‘Master trainer for Zumba’ in the entire world, organized this event that was based on the theme of ‘Bollywood dhinchak style’.  All the guests were enjoying the celebrity “avatar” while matching their feet with the rhythmic but blasting music. Whether they were the fans of Honey Singh, the followers of Bollywood pulsating songs, or the people who spin over the evergreen music and songs of our beloved Hindi cinema, all were enjoying the fun and frolic of the celebration.

We were not an exception and the news of the ravishing event made us hop into our party shoes and join the cheers. We felt the right adrenaline rush while shaking our leg on our foot stomping of Hindi music. The uber cool event was held at the spaced studio workshop of sec 11, Vashi, and the second floor was thumping with the beats of the music and dance.

We were shouting aloud while dancing and admiring the various guests who came in dressed as their favorite celebrity. The amazing ambience made us go lose all the stress and we grooved on the chartbuster and crazy mixes. The presence of our host – Sucheta Pal was cherry on the cake. She added to the flowing energy on the floor and put in some amazing steps. She and her team were admiringly coordinated and had a spunk that immediately crossed over to everyone. The energy and fun was felt by everyone.

Sucheta Pal is the first proud Indian in the world, who is honored as a Zumba education specialist and is still the only ZES having an official license that permits her to train instructors in our country.

The evening of Bollywood obsession with ZES Sucheta Pal was plain fun, and we had a gala time!